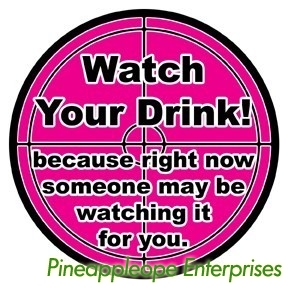 Lawmakers are meeting in emergency sessions to discuss a disturbing growing national trend. A variation on Bro Rape and Organ Harvesting, young men are waking up finding themselves disoriented and without their beloved Playstation 3s. Chaim Needleblayer is one of the few victims to have come out in public and admit is has happened to him, and his visit on tomorrow’s “The Today Show” should bring this issue into national attention, but PAO has the first scoop with this interview with Chaim.

PAO: “Mr. Neeleblayer, I know this is difficult, but please share with our readers your story.”
CN: “Gawd, it was so awful. Everything started so normally. My friend Matticus Busshelbush asked me if I wanted to grab some beers after work, which we do most Fridays anyways. We had several beers at the taqueria, and both of us had to pee at the same time, so we decided to have a swordfight, and the loser had to take a double shot of tequila. Well, just as I was about to get the upper hand on him, I lost my grip on my wang and hit the rim and faulted out of the game!”
PAO: “I am sorry, that is an awful way to lose a swordfight.”
CN: “Yes. But I did the honorable loser thing, and downed my double shot. The rest of the night is unclear to me. All I know is that when I woke up the next morning, I found lots of empties in my apartment and my PS3 and PSP were missing. I noted that there were lots of fishlipped joints in the ashtray, which immediately made me think of Matticus, who drools a lot when his medication is affected by alcohol.”
PAO: “Did you confront Matticus?”
CN: “I called Matticus immediately, and he answered, but when I asked him about the night he said we just had a couple more beers and then he went home when I got sleepy. I asked him point-blank why I could hear Little Big Planet music in the background and he said he had a PS3 himself all along.”
PAO: “Well, lots of people have them.”
CN: “Yeah, I realize that, but then how come I had never seen him online?”
PAO: “Good point. What did you do next?”
CN: “Well, I fired up my LDAP client and looked up my PlayStation online profile and saw it was currently active. At that point I was convinced Matticus was behind the theft. So I went undercover. I created an online profile of a hot Asian woman and started friend requesting him on Facebook. After we chatted awhile “Mariko” told him she was a PS3 fanatic and asked him if he wanted to meet in PlayStation Home.”
PAO: “Clever!”
CN: “Yes, at that point he gave me my own screenname and told me to meet him there.”
PAO: “BUSTED!”
CN: “Yeah. Totally.”