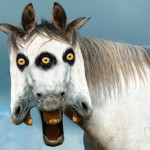 According to Surgeon General and Pineappleope.com Twitter sucks. Taking 3rd prize in 2008, Twitter is the 3rd most worst site on the net.

Not Familiar? “a community of  friends suckbags and strangers from around the world sending updates about moments in their lives” –Twitter. 24 hours a day, you have a text box, and the idea is that you give a running commentary of every moment of your life. All lame messages you send automatically appear on all your lame “friends’” pages, and all their lame messages appear on your lame page.