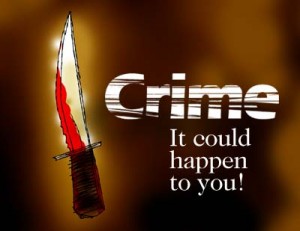 Police, who were on patrol at the time, said they recovered two cigarettes thought to contain marijuana and also a small plastic bag containing the drug as well.

Suspect takes hands-on approach to harassing people
Cops said they arrested a man who was allegedly threatening people near Copley Square on Monday.

According to one witness, the suspect approached him and said, “Give me a dollar or I’ll punch you in the face.”

While approaching the suspect, officers said he was flailing his arms and yelling at people. When officers attempted to calm the suspect, he threatened the officers, stating, “Come on (expletive)! I’ll mess you up!”

Adan Ibrahim of Boston was charged with being a disorderly person.

High-end shoppers got more than they bargained for when a man started “grabbing and harassing” people on Newbury Street Tuesday evening, before moving on to harass people on Boylston Street.

According to one victim, the suspect stepped in front of her and would not let her pass. When she tried to go around the suspect, he began yelling “Get inside” as he motioned toward the Lenox Hotel.

Breaking up is hard to do
An ex-husband reportedly having difficulty accepting the dissolution of his six-year marriage was arrested early Sunday morning for allegedly breaking into his former wife’s home, police said.

Cops report Carlos A. Latorre of East Boston followed his ex-wife around for several weeks and allegedly broke her rear porch window, but was pushed out when he tried to get inside.

Latorre was charged with attempted breaking and entering and malicious destruction of property over $250.

An early last call sent one bar patron into a tantrum, complete with an alleged bribe, that ended with his arrest, police report.

Kevin Doherty, 25, of Northboro was arrested Friday night at Sullivan’s Bar for allegedly throwing an ashtray after being asked to leave the bar for drinking too much, according to a police report.

When police were called to Kerwin Street in Dorchester on Wednesday night for a robbery of $10, they didn’t have to look hard for a suspect.

While searching the house, police reported hearing a woman scream the “Yo, let me in . . .” line, which led them to an apartment where the occupant opened the door, allowing for the arrest of Milena Polanco of Dorchester. Polanco was charged with armed robbery.