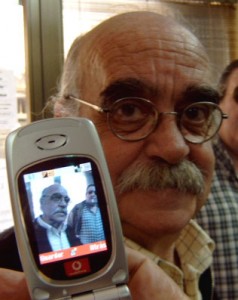 “We’re quickly becoming a Web 3.0 world,” said our new sugar-daddy, Mariweather Valentine, “and Social Networking, minus the ‘networking’ and the ‘social’, will soon become the next big thing. It’s a transformative paradigm, and we’re thrilled to work with Mr. Largebuck and his cohorts on defining it.”

The first and most obvious step in moving forward will be to make the entire PAO network Web 3.0-compatible. Obviously, since Web 3.0 is still in beta, no one knows precisely what this means, but we’re pretty sure that, at its core, content will have to be 140 characters or less. Otherwise, how else could it be tweeted on Twitter?

With Web 2.0, we saw the collapse of every major newspaper and magazine. These days, your local newsstand is just as likely to carry Angry Burgers and nubile Brazilians as they are a paper periodical.” according to PAO Vice President of Operations J. Largebuck
But content isn’t just going online, it’s growing online. Experts say that a million new blogs are created each day and, within a year, that number will grow to two million a day. With such a massive influx of content, no one will have time to read anything. That is, unless it’s 140 characters or less.
Besides, no one really needs things like adverbs, punctuation, or non-abbreviated words. Fairly obvious observations – such as this one – are pointless as well, which means that this entire sentence is superfluous. As is this one. And this one. And this one.

Going forward, all PAO Network content will be condensed to fit in 140 characters or less. In addition, the rest of the team and I will be tweeting the minutia of our day-to-day on twitter, yammo!, and other cheap twitter knock-offs. And, while you’re more than welcome to comment using the website interface, you may as jump on Web 3.0 and start tweeting your thoughts instead.