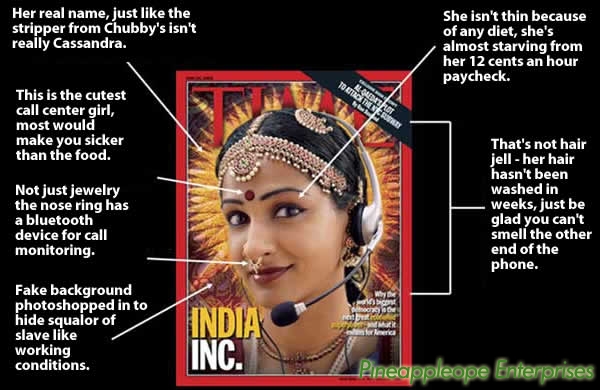 More than 4 dozen of those pictures and 5 hours of unedited video ended up on a site called “bitchtara.” Shaikh offered his “meaty help” again, allegedly telling Fitzgerald he could work on taking down the site if she sent him a brand new pink Alienware laptop. Fitzgerald agreed:

“And I’m telling myself, my conscience is talking to me saying, ‘Tara, lick it – just lick it. Why not? Are you crazy? Stop talking to yourself!’ I sent it anyways because I really owed this guy some favors. I mean, he helped me in a time of desperate wet need. I really had faith that he was protecting my internet virginity.”

Both the slanky Fitzgerald and reporter Pedro “One Ball” Smith of Hustler, Inc have contacted Dell about the situation, but the company has yet to respond.

via The Scavenger : Woman’s nude pics end up on Web after call to Dell tech rep.