If you happen to be reading this sentence while sitting in your cubicle at Fidelity Investments, then you’d better stop. Immediately. We cannot guarantee your safety. You’re only one click away from creating a fantasy league, and that would be a serious violation of company policy. In fact, you’ll get FIRED. 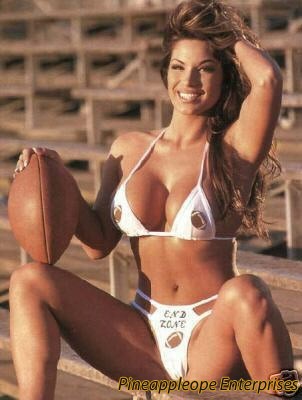 According to the Fort Worth Star-Telegram, Fidelity recently axed four league commissioners in the Fantasy Purge of ’09.

Cameron Pettigrew, who worked as a “relationship manager in a private client group” (which sounds a lot like the job description of a fantasy commish), was among those terminated:

“Firing a guy for being in a $20 fantasy league? Let’s be honest, that’s a complete overreaction,” said Pettigrew, who lives in Grapevine and has an MBA from the University of Texas at Arlington. “In this economic time, especially. To fire people over something like this, it’s just cold.”

That does seem cold. But multi-billion-dollar financial services corporations are not generally known for their warmth. Apparently there are anti-gambling rules in place at Fidelity. (Midcap funds, heck yeah! Football leagues, no).

Said Fidelity spokesman Vin Loporchio: “We have clear policies that relate to gambling. Participation in any form of gambling through the use of Fidelity time or equipment or any other company resource is prohibited. … We want our employees to be focused on our customers and clients.”

They react to allegations of fantasy involvement swiftly, it seems.

[Pettigrew] said he never sent any fantasy football emails at work or using his work email address. But the investigators found two instant messages that had fantasy football-related material.

“One of my buddies sent me something about how bad Trent Edwards(notes) was playing or something like that,” Pettigrew said. “So they called me in and talked to me for about 90 minutes on everything I ever knew about fantasy football.“