Eyebrows aren’t just sculpted arches framing Mindy McGinty’s face — they’re a walking billboard for her business. So when she lost her eyebrows after a “bad experience,” she was completely distraught.

“I wanted to give the illusion of a fuller brow so I got them tattooed,” says the 53-year-old woman from Gilbertsville, Pa. “But over time, the dye changed color and my eyebrows literally turned salmon orange. I had no choice but to get the tattoo removed with laser and the laser destroyed all my hair follicles.”

McGinty tried to make do with “fauxbrows” – powdering them on, penciling them in, even gluing on strips of hair which “came off every time I made a face.” But after several years, she’d had enough. After months of research, she decided it was time to “borrow” eyebrows from the back of her head — via a hair transplant. 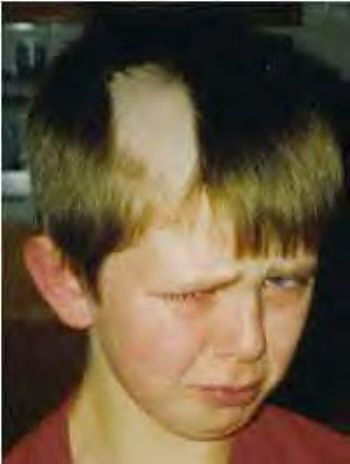 Thanks to huge advances in technology, hair-transplant procedures are sprouting up all over the country and the human body. While the majority of transplants still involve the scalp (and that remains the primary donor area), doctors are now able to harvest and replant hair follicles into eyebrows, eyelashes, beards, vaginas, arms, mustaches, sideburns, chests and beyond, allowing a growing number of people to become members of what you might call the “movable hair club.”