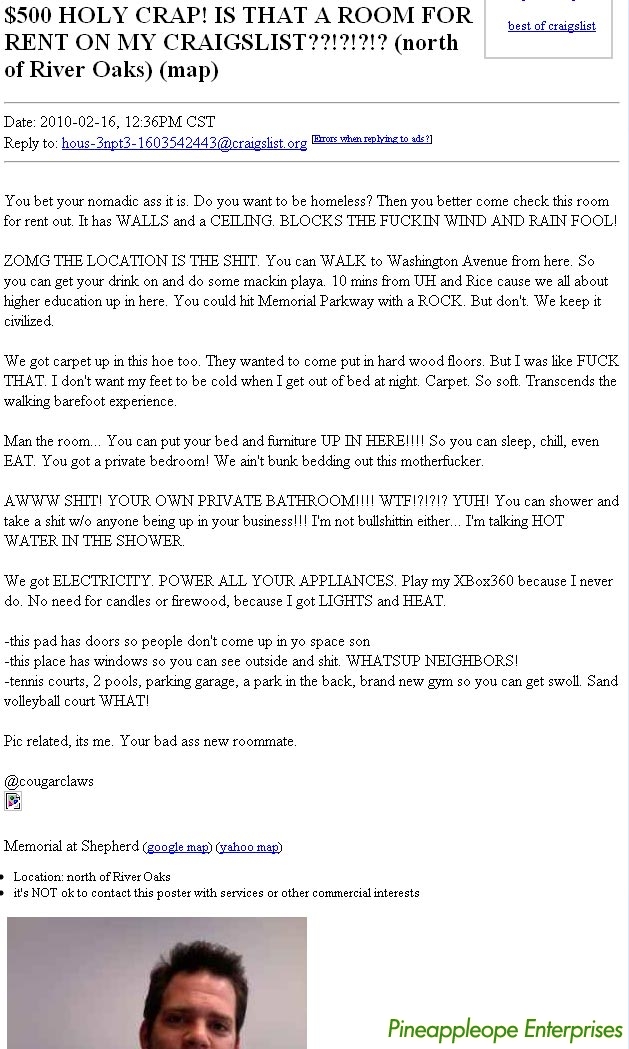 Just give us a buzz if you be interested yo!

Craigslist’s sex-service listings have faced intense scrutiny since the April 14 murder of 25-year-old masseuse Julissa Brisman, who advertised on Craigslist in Boston.
END_OF_DOCUMENT_TOKEN_TO_BE_REPLACED