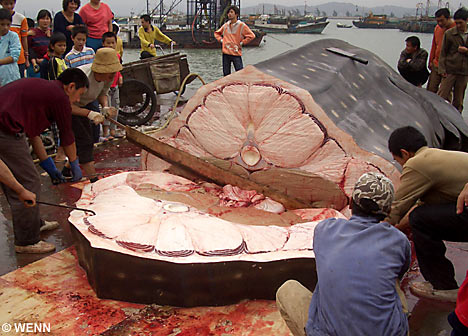 MEXICO CITY (Reuters) – Mexico’s navy has seized more than a ton of cocaine stuffed inside frozen sharks, as drug gangs under military pressure go to greater lengths to conceal narcotics bound for the United States.

Armed and masked navy officers cut open more than 20 shark carcasses filled with slabs of cocaine after checking a container ship in a container port in the southern Mexico state of Yucatan, the navy and Mexican media said on Tuesday.

“We are talking about more than a ton of cocaine that was inside the ship,” Navy Commander Eduardo Villa told reporters after X-ray machines and sniffer dogs helped uncover the drugs. “Those in charge of the shipment said it was a conserving agent but after checks we confirmed it was cocaine,” he said.

Drug gangs are coming up with increasingly creative ways of getting drugs into the United States — in sealed beer cans, religious statues and furniture — as Mexico’s military cracks down on the cartels moving South American narcotics north.

President Felipe Calderon has sent 45,000 troops and federal police across Mexico to try to crush powerful smuggling cartels. But traffickers armed with a huge arsenal of grenades and automatic weapons are far from defeated, worrying Washington as violence spills over into U.S. states like Arizona.

Led by Mexico’s most wanted man, Joaquin “Shorty” Guzman, smugglers from the Pacific state of Sinaloa are fighting a turf war with rivals. Guzman seeks to control Mexican and Central American smuggling routes into the United States. 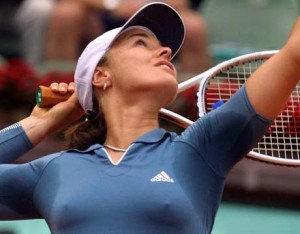 Martina Hingis is done with tennis, shes Mostly known for her tennis skills. Why is she done tennis? Because of the lesser known fact is that Martina is a cocaine enthusiast.

She said: ““My only performance enhancer is love of the game.”…. “and a little blow between sets”, claims our unnamed inside source.

Hingis is also well known for usually being outspoken and “sharp-tongued.” Probably due to cocaine binges on, and off the court.