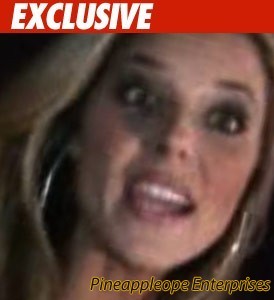 Carrie Prejean has been dethroned as Miss California USA for “contract violations,” including missing scheduled pageant events, sleeping with several women, lying about her sexuality and an illegal interview with hustler magazine according to a state pageant official.

Pineappleope.com is the least bit concerned about her loss of the california title. PAO is more concerned when carrie will accept our exclusive nude photo shoot offer.