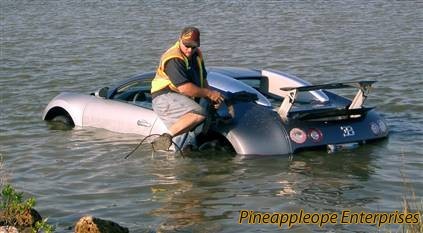 Celebrity driver
The police declined to release the driver’s name, although the incident has drawn a great deal of attention on his vehicle. Rumors suggest Carrie Prejean was behind the wheel.
END_OF_DOCUMENT_TOKEN_TO_BE_REPLACED