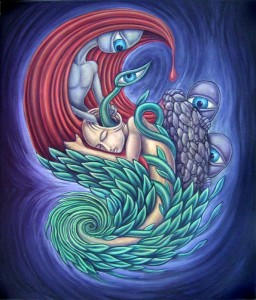 Not a real domain name by any means, but, apparently there is a slim possiblity it could become reality, scientists at Pineappleope.com say. This shark week, Pineappleope.com will be running tests on this legal substance, formerly and currently known only as salvia.

Incase you are not hip to salvia, It is a member of the sage genus and the Lamiaceae (mint) family. The Latin name Salvia divinorum literally translates to “sage of the seers”. Which means its a mint, just like your gum.

Sample Experiences:
People interviewed by Pineappleope.com from several locations accross the USA – who have smoked salvia describe visual and auditory hallucinations. For one young man, the sound of raindrops hitting trees triggered a hallucination of sitting around a campfire during the Revolutionary War, wearing tri-cornered hats and wielding muskets. For another, Christmas lights became floating candles. Another had to stop his car because he forgot how to drive.

Dry leaves can be smoked in a pipe. The method of chewing the leaves may also be employed. Psychedelic experiences are necessarily somewhat subjective and variations in reported effects are to be expected.


According to AskJeeves, Pineappleope.com expects:

* Uncontrollable laughter
* Past memories, such as revisiting places from childhood memory
* Sensations of motion, or being pulled or twisted by forces
* Visions of membranes, films and various two-dimensional surfaces
* Merging with or becoming objects
* Overlapping realities, such as the perception of being in several locations at once

Lick Below for preliminary testing video