The top 10 hottest newscasters on Earth (chosen by internet users) 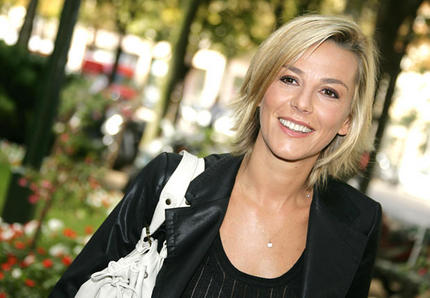 Laurence Ferrari is a smoldering blonde French journalist who is also the subject of a heated scandal throughout France and our first entry on our list of hot newscasters. For starters, during Nicolas Sarkozy’s presidential run in 2007, Laurence Ferrari conducted a salacious interview with “Sarko.” At the time, both Ferrari and Sarkozy had recently separated from their respective spouses, and their interview took several flirtatious turns.

In any case, Sarkozy is now with Carla Bruni, but that hasn’t stopped the rumors from spreading that he helped Laurence Ferrari land France’s prime newscasting gig as the nighttime anchor for TF1 France. To make room for Ferrari, France’s immensely popular anchorman Patrick Poivre d’Arvor had to be fired. So watch out Melissa Theuriau, you now have competition for the title of hottest French newscaster.

After beginning her journalism career on the radio with the BBC, working on financial shows such as Moneybox and Moneycheck, Katie Derham has found a new home at ITV. As BBC’s public broadcasting competitor (or its farm team), ITV is grooming Katie Derham to be the face of the station. Or, come to think of it, maybe it’s her legs that are being groomed as the face of the station. If you’ve ever seen her in action, you’ll know that the double-slit skirt plays a central role in her wardrobe. 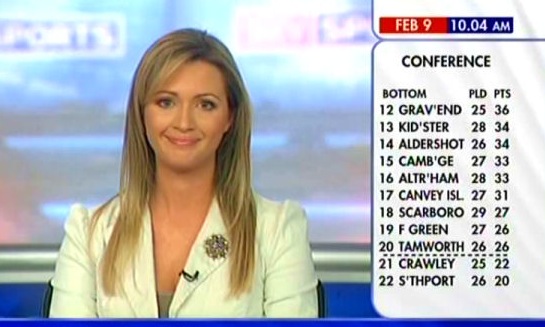 MUTV anchor Haley McQueen is so sexy she even makes us like Manchester United. Yeah, right, only joking. How could she possibly have come from the loins of vinegar-faced Gordon McQueen? How is that possible? Her mum must be really fit.