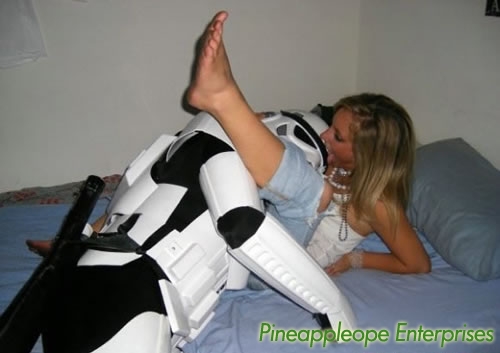 Following Dorothy MacSwoon’s arrest, officials reviewed a Role-playing blog maintained by the assailent and discovered racy photos of Dorothy donning stormtrooper garb. The blog site has since been taken down, but PAO is lucky enough to have obtained several of MacSwoon’s photos… END_OF_DOCUMENT_TOKEN_TO_BE_REPLACED