The United States Government is in the process of testing the top computer hackers of the world. The task: hacking into as many target computers as you can and then defending those computers from attacks by other skilled hackers, such as Neo and Zero Cool. 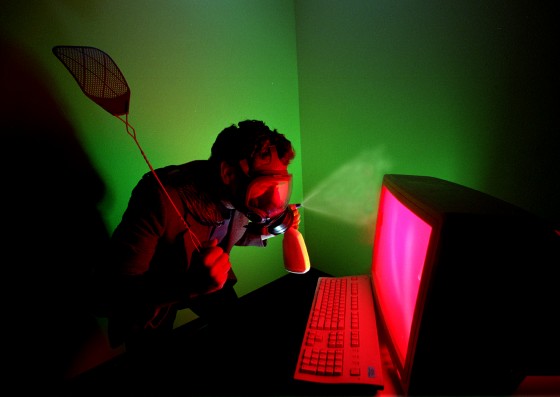 Other skilled hackers like Michael Coppola, 17, a high school senior who, at this very moment, is hunched over a keyboard in his Connecticut home.

Or like Chris Benedict, 21, from the tiny town of Nauvoo, Illinois. Chris is sitting silently nearby, one of 15 “All Star” hackers who have taken over this spacious hotel conference room.

At days end, the moderator of this unusual computer challenge declares the best of the best: Benedict is the winner, king of the hacker hill, followed by Bergin and Coppola.

The trio — a job seeker, a grape distributor for a vineyard and a student — are precisely the type of people whom organizers of this event hoped to attract: young techies with perhaps little formal computer education who, nonetheless, could contribute to the defense of the nation’s cybernetworks.

In many cases, organizers of the U.S. Cyber Challenge say, hackers’ skills go unrecognized or unappreciated by those around them and sometimes even by themselves.

“I thought that I would get demolished,” Benedict said. “I didn’t think I would get anything at all.”
Organizers say the competition is aimed at identifying young people with exceptional computer skills and inspiring them to join the country’s woefully understaffed ranks of cybersecurity specialists needed to protect systems used by the military, industry and everyday people.

Hackers may see the U.S. Cyber Challenge, which culminated last Thursday, as a game. But Alan Paller, director of research at the SANS Institute, an information security training institute, says it is really a national talent search.