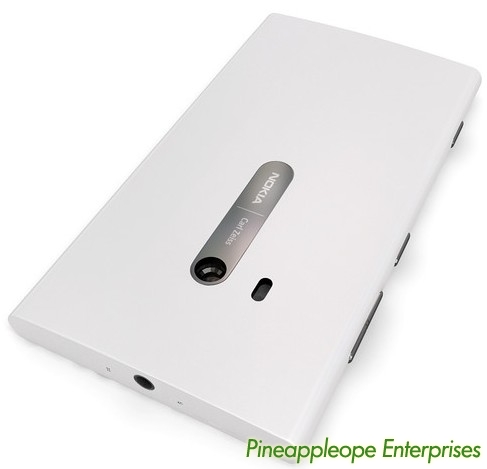 In late 2012 Nokia launched the Lumia 920. A lucky Pineappleope.com executive received the white AT&T version of the device day 1, Nov. 9th 2012. After a full weekend and half-week hands-on time, the Lumia 920 packin’ executive has compiled this comprehensive review of their Lumia 920.

Better than the iPhone?
Yes. Apple does not make a mobile product which makes phone calls that rivals even entry level Android devices which make phone calls, looking at you Droid Bionic.

Even the iPhone 5?
Remember when Motorola finally came out with that new version of the RAZR, the thinner KRZR? That’s Apple’s iPhone 5. The Nokia 920 is in a different league. Yes, it’s better than even the iPhone 5.

But it’s a WINDOWS Phone, it’s really that good?
Windows Phone 8 is the best mobile OS to date, in all honesty. It’s fun and easy to use and customize. Intuitive. Staring at the iOS OS or Android OS is painfully dull in comparison. I mean painful, eye blistering/headache inducing. So many customization options in Windows Phone 8. Not sure how the competitors can actually compete now… their offerings are just… so sad, at this point in the game.

How is the screen on the 920?
Awesome. The HD+ screen is outstanding. Easily the best display on the market. Colors are colors. They hyper 60hz refresh rate is brain melting and makes your eyes sweat tears of joy. The glass is so, so smooth.

Even tested the touchscreen using my Burton Lost in Space snow boarding mitts, with success. Anxious to send text messages mid-mountain after grinding serious rails in the park.

I heard the phone is heavy, any truth to that?
Heavy? A frail 97 year old woman should be able to hold and operate the Lumia 920. What weak fairies told you the Nokia Lumia 920 was heavy?

How did you like the white version of the 920?
It’s sleek and all sorts of glossy. High-end-jaw-dropping looking. We haven’t scientifically proven this, but the Lumia 920 arouses women, strongly.

Tell us about the battery life on the 920.
Solid. Haven’t run out of juice in under a full day of hardcore use. I hit it hard and steady all day. At night the 920 slumbers on the black wireless charger (Free, thanks Nokia).


Do you use the alarm feature?
Yes. I use a daily (during the week) alarm. Setting it up was a light breeze. The alarm tone is a sensual flute. Huge fan of the tone choices. Windows Phone 8 is stellar. Thanks Microsoft.

I want to know about the performance, tell me.
Lumia 920 is a top performer. With its Dual-core 1.5GHz Snapdragon processor, it is a speed demon. 0 Lag. Fast. Bordering on light-speed. Apps open in 1/1000th of a jiffy.

Nokia has some EXCLUSIVE Windows Phone apps. Tell me about those now.
Indeed. Nokia has its own apps. Their mapping apps are terrific. I have tested Nokia transit in the city of Boston, thoroughly. Going from South Boston (Southie) to Regular Boston (Boston Proper) to Cambridge and back to Boston then to a suburb… It was simple and I never got lost. The timing of the transportation was spot on. Never missed a beat.

Nokia music is radical also. Streaming music, free. Speaking of music, importing my tunes from my Pineappleope.com engraved Alienware Windows 7 machine was a walk in the park.

The camera. Tell us now about the Nokia Lumia 920’s PureView 8.7mp camera.
The photographs taken by the Lumia 920 are body-shattering gorgeous. Nighttime and day time photos are… you’ve never seen better quality photos. The Nokia Lumia 920’s camera gives Digital SLR cameras a run for their money. I can see Digital SLR’s completely replaced by Nokia PureView equipped wireless phones within a few years time, that is, if the professional photographer community hops on the beautiful photograph train.

So… what are the downsides of the Lumia 920? We need that information now.
Syncing Facebook to your phone should not automatically populate your contact list with ‘friends’ from Facebook – without asking. When will FB/phone integration be done right? NEVER! It was easy enough to un-synch FB friends. But for those 30 seconds when my contact list was full of FB ‘friends’, I was livid. Currently my phone is FB contact free and now use the web browser for any FB action.

Any last words?
Nokia Lumia 920 is the best phone available. Anything a regular Joe cellphone can do, the Lumia 920 can do much better. Much better. Lumia 920 annihilates the armies of Droids and iPhones, with ease.

What do YOU do when YOUR war buddy dies? Cry? Kill? Flip out? Or… do you go to the Cantina with your favorite Tequila Chuggin Robot??

“This is from the 7th of the month, when our guest blogger and surf gear experimenter Laird Hamilton was out. From his blog, he said a few newcomers were getting thrown up on to the rocks with their jetskis and boards. The waves were 25 foot, as rated in Hawaiian terms, which means 50 feet tall on the face.

These videos were shot using a Canon 5D Mark II, a 70-300mm USM lens and a Zoom H4n & Redhead windscreen. Slow motion was done in Premier CS4, but I can imagine how much better this’ll would have looked if the 5D’s 60FPS firmware was used. [vimeo via nick bilton]

*They turned out to be overhyped a bit, but the waves were big enough to hold the Eddie Aikau contest in Waimea Bay, which has only been held 7 times in 25 years.” 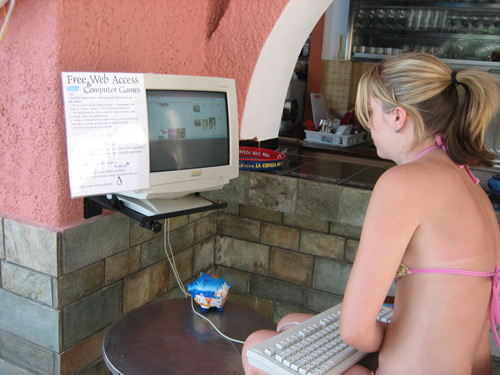 Mike Morissey attempts to pull off a kickflip… on a surfboard.

“MacGruber,” the recurring “Saturday Night Live” skit that parodies “MacGyver,” is one step closer to going before cameras as a big-screen movie.

Jorma Taccone, who created the character and directed most of the skits, is helming; “SNL” producer and creator Lorne Michaels is producing.