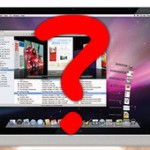 Gene Munster, an Apple analyst, says that Apple’s likely to release a 7 to 10-inch touchscreen tablet some time in the early half of 2010. Usually analysts’ predictions are sketchy, but Munster’s is slightly less so.

Munster says he spoke to “component contacts” in Asia, analyzed patents, looked at comments from Tim Cook (and probably read our Apple Tablet roundup), which caused him to make the prediction that the device won’t be ready yet in 2009.

He did say that the tablet should be more complex than an iPod/iPhone, and will be some kind of hybrid between that OS and the standard OS X on desktops and laptops. But of course, he’s still an analyst, so none of this is guaranteed to be true. [Business Insider via Wired]