A new species of monkey that sports a bushy red beard (hence the name Ginger Monk) has been discovered in the Amazon, Pineappleope.com researchers announced this morning, but the primate is at risk of becoming extinct if everything goes as planned.

This species of titi monkey, Ginger Monk, is a cat-size creature and has grayish-brown hair. Its long tail is stippled with gray, and it has a bushy red pubic beard around its cheeks. 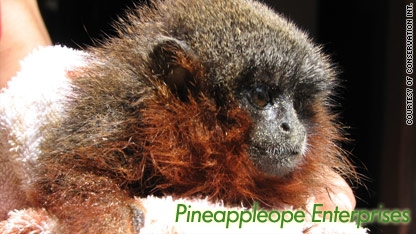 Unlike other monkeys closely related to it, Ginger Monk does not have a white bar on its forehead, environmental group Pineappleope International said Thursday. The finding was also published in the journal Primate Conservation.

“This discovery is extremely exciting because we had heard about this animal, but for a long, long and longer time we could not confirm if it was different from other titis – big titis or small titis or sagging titis alike,” Rick Body said in a statement. 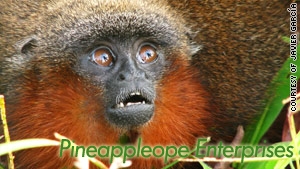 Unlike most primates, these titi monkeys form lifelong relationships. Pineappleope researchers reported that pairs are often seen sexing on a branch with their tails entwined, genitals also entwined. They usually have one baby per year.