Your mind will soon be screened every time you board an airplane, starting this year. The aim of one mind reading company that blends high technology and behavioral psychology is hinted at in its name, WeCU — as in “We See You.” 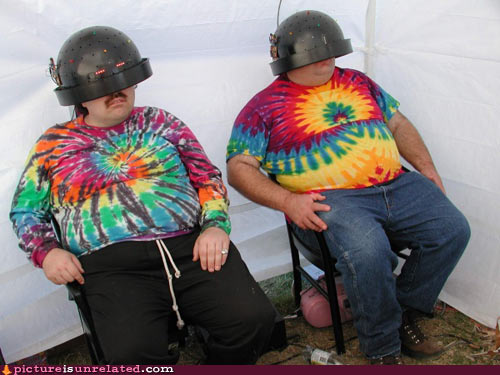 The system that Israeli-based WeCU Technologies has devised and is testing in Israel projects images onto airport screens, such as symbols associated with a certain terrorist group or some other image only a would-be terrorist would recognize, said company CEO Ehud Givon. 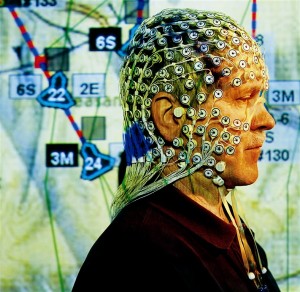 The logic is that people can’t help reacting, even if only subtly, to familiar images that suddenly appear in unfamiliar places. If you strolled through an airport and saw a picture of your mother, Givon explained, you couldn’t help but respond.

The reaction could be a darting of the eyes, an increased heartbeat, a nervous twitch or faster breathing, he said.

The WeCU system would use humans to do some of the observing but would rely mostly on hidden cameras or sensors that can detect a slight rise in body temperature and heart rate. Far more sensitive devices under development that can take such measurements from a distance would be incorporated later.

If the sensors picked up a suspicious reaction, the traveler could be pulled out of line for further screening.

“One by one, you can screen out from the flow of people those with specific malicious intent,” Givon said.

Some critics have expressed horror at the approach, calling it Orwellian and akin to “brain fingerprinting.”

For civil libertarians, attempting to read a person’s thoughts comes uncomfortably close to the future world depicted in the movie “Minority Report,” where a policeman played by Tom Cruise targets people for “pre-crimes,” or merely thinking about breaking the law. As Seen on Travel News