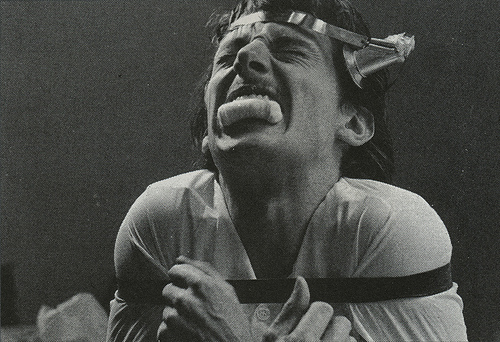 China’s Health Ministry has ordered a hospital to stop using electric shock therapy to cure youths of Internet addiction, saying there was no scientific evidence it worked.

This may seem a tad bit familiar to Pineappleope.com readers, as PAO had researched a similar technique for extreme dieting at the start of ’09. 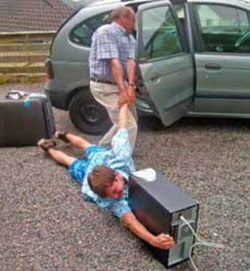 Linyi Mental Health Hospital in eastern Shandong province used the treatment as part of a four-month program that has so far treated nearly 3,000 youths, the China Youth Daily newspaper has reported, citing the psychiatrist who runs it, Yang Yongxin.

The ministry said in a statement posted on its Web site late Monday there is no domestic or international clinical evidence that electric shock therapy helps cure Internet addiction. Electric shock therapy is most often used to treat severe depression.
Chinese psychologists say symptoms of Internet addiction include being online more than six hours a day — playing games and looking at pornography rather than working or studying — and getting angry when unable to get online.

The hospital could not be reached for comment Tuesday, but spokesman Yang Shuyun told the Beijing News newspaper had stopped administering the shock therapy after seeing the ministry’s comments.
Shuyun said it was only part of the overall program to treat patients, which also included medicine and psychological counseling. Patients are charged $805 (5,500 yuan) a month.

Computer and Internet use has risen dramatically as China’s economy has boomed in recent years, and according to an estimate by China’s National People’s Congress about 10 percent of the country’s under-18 users are addicted to the Internet, although it is not recognized as a clinical condition.