In a rare photo opportunity, Mexican wrestling star Monkeymangler has announced his joint venture with MTV starlet and harlot Tila Tequila as a celebrity tag team in American WWF-land. To entice some fighters, they posed with fingers flying in strong message to the world: “fuck you all!”. 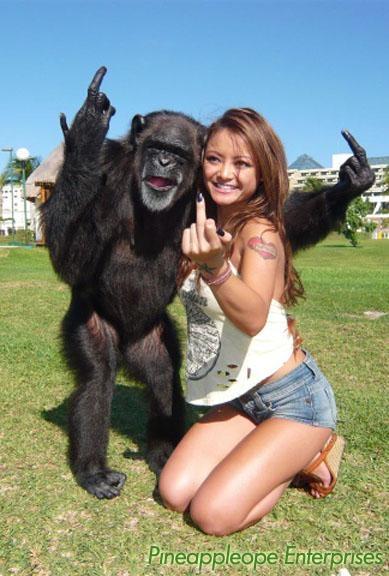 Diggers lashed out about the news:

2 Replies to “[Tag Team Challenge] Who would you fight first? The Monkeymangler or Tila Tequila?”