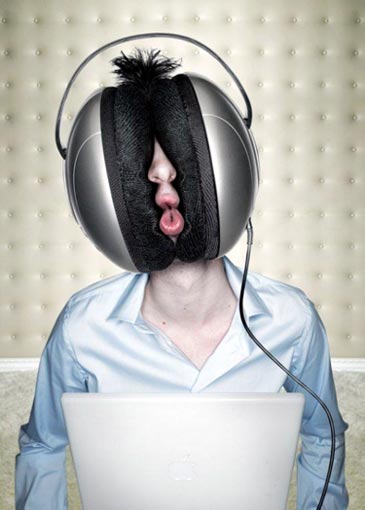 The popular iPod is doing more harm than good, especially to the hearing of the user, doctors said in a recent study. According to Christine Albertus, an audiologist with the Marshfield Clinic in Marshfield, Wisconsin, iPod users should limit their use of the device to one hour or less per day to prevent inevitable hearling loss.

The problem lies in the in-ear and over-the-ear headphones users often use for the device. Before, music blasted from the speakers of their home audio systems. With the advent of the Walkman, the sound moved closer to the ear through muff-style headphones.

Now, with the iPod and other MP3 players, sound is now pumped directly into the ear, which is a health issue. “We’re moving sound closer and closer. It’s really increasing pressure on the ear” Albertus said.

Hearing damage can also accumulate, says Albertus. Even at lower-than-reasonable levels, damage occurs after continuous listening. This problem is becoming prevalent in today’s youth. “Fast forward, and they may be hearing aid candidates by the time they’re in their early 30s,” she said.

A medical journal recently estimated that as many as one out of every three children already have noise-induced hearing loss. The U.S. Government’s Occupational Safety & Health Administration guidelines indicate listening to noise at a level of 80 decibels — roughly the level of heavy traffic or a noisy resturant — for eight hours can cause damage.

Take that up to 100 decibels — the level of factory machinery, a nightclub, or a snowmobile — and even one or two hours can cause damage, Albertus says.

To prevent hearing loss, Albertus recommends practicing “hearing conservation.” This means wearing earplugs or noise-reducing earmuffs in situations were persistent loud noise is an issue.
“Realize what causes hearing loss and use common sense. If you’re exposed to loud sounds, use ear protection,” she said.

One Reply to “[Study] Listening to iPods with Headphones Ruins Hearing”