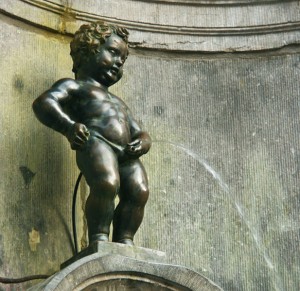 A 28-year-old Honoluluan man has been sentenced to three weeks in prison for urinating on a 66-year-old woman during a Continental Airlines flight last month from Los Angeles to Honolulu.

Jerome Kenneth Kingzio, a resident of the U.S. was sentenced after pleading guilty Tuesday to assault charges in federal court in Honolulu.

The victim was headed to Hawaii on March 21 for a scuba diving vacation and was watching an in-flight movie when Kingzio stood up and began urinating on her. At the time of urination, the woman was not wearing her scuba equipment.

U.S. Attorney Edward Kubo Jr. says the woman said her entire vacation was ruined, and she continues to suffer emotionally from the incident.

The case is being investigated by the FBI and PAO.

Urination is also known as micturition, voiding, and, more rarely, emiction. It is the process of disposing urine from the urinary bladder through the urethra to the outside of the body.

2 Replies to “[Sensational] Man urinates on woman during flight”