For my first breaking story… I decided to cover what is on everyone’s mind but almost nobody talks about. THE MULLET. 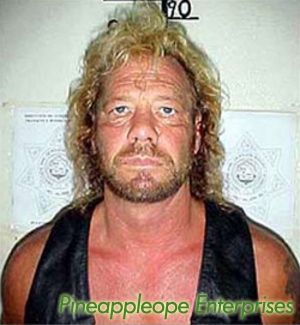 To do it right, we must start with The History [The Mullet wasn’t built in a day] :

The wife and I turned a corner at the Louvre and found ourselves face-to-face with one tough mullet who nearly intimidated us out of going into the museum’s Etruscan artifacts exhibit. The arm draped over his main lady is clearly pointing out someone whose ass he was going to kick 2,500 years ago. I hope this is a valuable contribution to the historical background of the mullet, as I think it brings mullet origins back some time. Attached is a photo of the Sarcophagus of a Married Couple, ca. 510 BC.


In addition, I would like to call your attention to the Manchurian queue or pigtail, seen in lots of kung-fu movies set during the Qing Dynasty (1644-1911). The front of the head was shaved, while the back was all grown out and then braided — it was a symbol of subjugation that the Manchu used upon the rest of China. It should be quite important in Mullet History that the world’s largest country (by population) was ruled by mullets. It is perhaps even more significant that when in power, mullets forced everyone else to adopt their haircut. The long braid in the back looks like a horse tail and was a symbol of the horse, whose speed, endurance, etc. made the conquest possible. I don’t have a photo yet, but I will try to locate one.