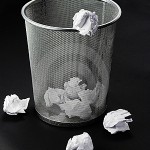 While the yanks are sniveling about Swine Flu, across the pond an even more serious public health concern is ravaging the United Kingdom. A virulent strain of Writer’s Block has infected vast swaths of the population. The UK Department of Health has issued a warning that Writer’s Block may infect more than half of all writers, but that cyber bloggers are at over 90% infection rate due to their frequent and often unprotected contact with the blogosphere.

Randy Moss, a 12 year veteran of the blistering Westminster beat, was the first PAO writer to succumb to the disease. One day later, two more third year interns had reported on four confirmed cases out of the five that will be discovered after six PM on July 8th, 2009. How could they report on news that hasn’t happened yet? Well, lets just say that despite the epidemic, our London branch has been chosen to pilot a new Beta version of Future in the Past, and since we are not certain about its stability, we have volunteered our interns to test it for us.

Daniel Brent, the General Manager of the London offices, says “…while writing has crawled to a standstill, we remain confident that [we] will not be too far off  Q2 projections.” Stock prices both rose and fell on this report, effectively cancelling each other out. “The return of the ice cream truck this Thurday will probably get our ship turned around,” Brent went on to say. That seems likely, as some PAO staffers have postulated that contaminated Good Humor bars delivered to a subsidiary that shares kitchen space may have set off this outbreak. 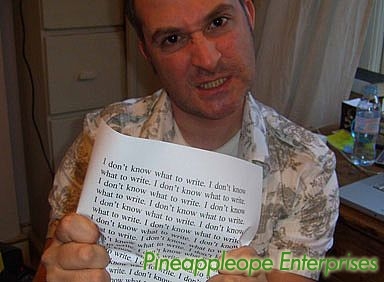