The Virginia couple, Tareq and Michaele Salahi, who slipped through White House security and shook hands with President Obama, should be hanged for their failed attempt to overthrow the United States Government. For the ill informed, hanging is the lethal suspension of a person by a ligature. 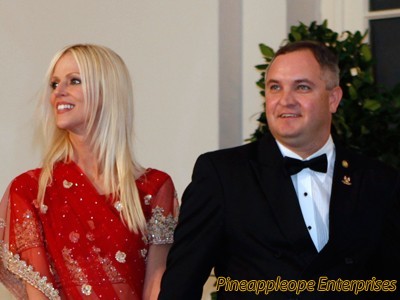 There are a few hanging options: 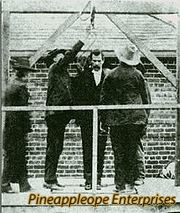 Standard drop
The standard drop, which arrived as calculated in English units, involves a drop of between four and six feet (1.2 to 1.8 m) and came into use from 1866, when the scientific details were published by an Irish doctor, Samuel Haughton. Immediately its use spread to English-speaking countries and those where judicial systems had an English origin. It was considered a humane improvement on the short drop because it was intended to be enough to break the person’s neck, causing immediate paralysis and immobilization (and probable immediate unconsciousness).

Long drop
This process, also known as the measured drop, was introduced to Britain in 1872 by William Marwood as a scientific advancement to the standard drop. Instead of everyone falling the same standard distance, the person’s height, weight and strength were used to determine how much slack would be provided in the rope so that the distance dropped would be enough to ensure that the neck was broken but not so much that the person was decapitated.

2 Replies to “[Opinion] How to Punish the ‘White House Crashers’ for Their Failed Attempt to Overthrow the U.S. Government”