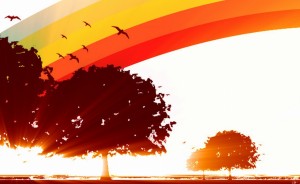 UNIONTOWN, Pa. – A western Pennsylvania mother has been charged with giving her 13-year-old daughter drugs and alcohol so the woman’s boyfriend could get the girl pregnant, police said Thursday.

Shana Brown, 32, is no longer able to have children but wanted to have a baby with her current boyfriend, Duane Calloway, said Uniontown Police Det. Donald Gmitter. The pair decided to drug the girl so Calloway, 40, could have sex with her without her knowledge, he added.

“There’s some sick people on this case,” Gmitter said.

Brown has been charged with endangering the welfare of a child and was to turn herself into police later Thursday, Gmitter said. Brown’s attorney did not immediately return a call for comment.

Calloway faces several counts of attempted rape. He was arrested Wednesday and remains in Fayette County Jail. It was not immediately clear if he had an attorney

The three incidents occurred in Brown’s home in Uniontown, about 50 miles south of Pittsburgh, according to the criminal complaint.

The girl told police the plot was apparently hatched sometime in December after she rejected her mother’s proposal that she allow Calloway to impregnate her and then marry him.

The first time, in February, the girl was alone with Calloway while her mother went out to buy pizza, according to the criminal complaint. Calloway began groping her and she kicked him away, the documents stated.

A few weeks later, the girl believes her mother spiked her Pepsi with rum, according to police. The girl told them she felt ill after drinking the Pepsi, passed out and later threw up. She was also partially naked when she woke up and Calloway was in the room, according to the criminal complaint.

The third incident occurred in mid-March, when the girl told police she came home early from school because she was not feeling well. She said her mother forced her to drink tea, and then she immediately fell asleep.

The girl said she pretended she was asleep until Calloway made a move, at which point she bolted upright and he left the room.

In a search of the Brown residence, police said they found an empty rum bottle, Tylenol PM and a pill crusher.