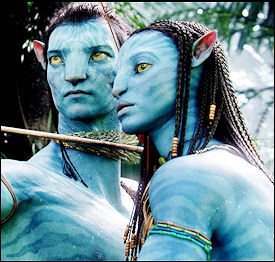 (The following is all spoilers, if you don’t enjoy being spoiled… stop reading now.)

Instead of doing more R-rated moves, the two blue aliens spend a few sultry minutes intensely staring and sharing a Hollywood kiss before the film jumps to the morning after.

The scene could leave some people scratching their heads, since it’s unclear how, exactly, the Na’vi mate. The aliens wear clothing in the same areas humans do when hitting a public beach, but they could be as anatomically correct as Barbie and Ken dolls. And where do those tails go?

For the last question, at least, Saldana had a probable answer.

“If you sync to your banshee and you’re syncing to a tree, why not sync into a person? I almost feel like you’ll have the most amazing orgasm, I guess,” she said in the interview. “It was a very funny scene to shoot because there were so many technical things that sometimes you have to keep in mind that paying attention to all those might disrupt the fluidity of how a scene is supposed to take place.”

She added that because Cameron wanted to keep a tween-friendly rating, they “couldn’t move in certain directions. The motion would look a little too past the PG-13 rating standards. So it was really funny for Sam and me. We had a lot of giggles there.” 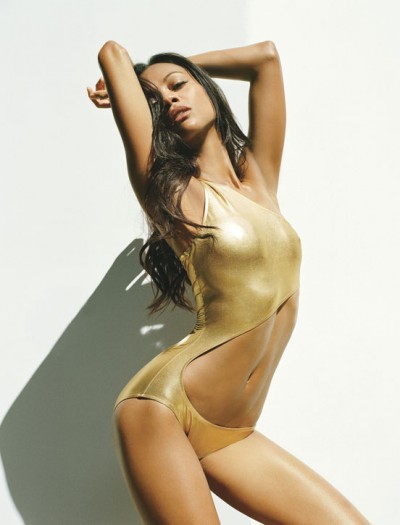