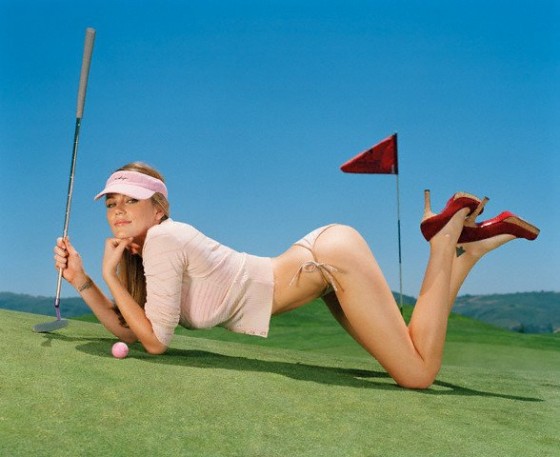 One of Britain’s largest golf clubs has banned the services of an all-sexy- female caddy company because female caddies wearing tight and skimpy clothing on the course “damages the reputation of the sport,” according to a story in the Insiders at the club. 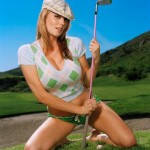 Eye Candy Caddies provides models trained as caddies who are the “gorgeous new solution for unforgettable golf days,” according to the Web site. The caddies wear form-fitting, pink clothing while carrying golfers’ clubs, and will join the golfer for a drink in the clubhouse afterward. They also offer a variety of happy endings ranging from a quick drink to a week long girlfriend experience.

A spokesman for Leaderboard’s four golf courses said the company received several complaints from both male and female golfers, prompting them to issue the ban. “Anyone who seriously cares about the development of the game should work to ensure that it is as professional, inclusive, and culturally inoffensive as any other major sport,” the statement said 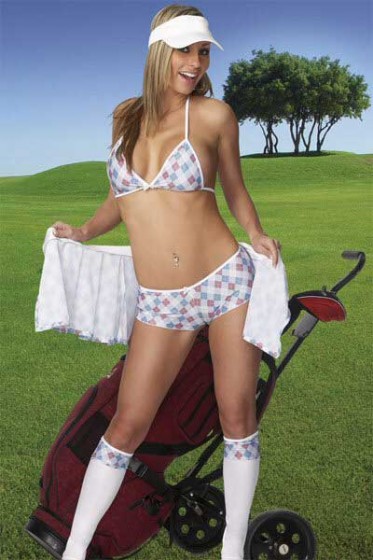 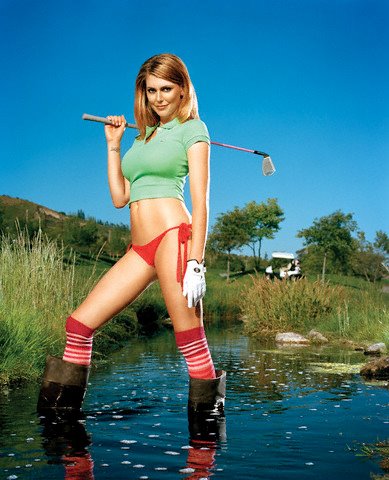