One adopted dog named, one eyed jack, took a trip to the park May 17th. Jen, the dogs owner let one eyed jack off the leash when in the woods… 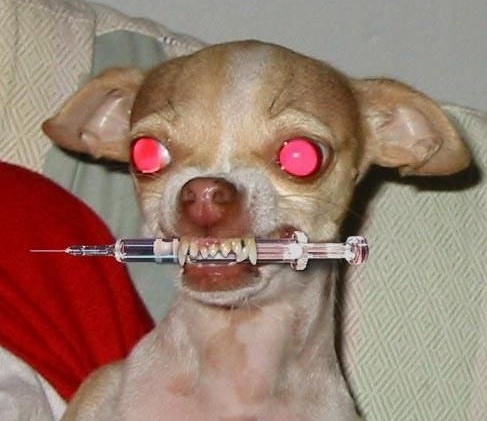 …The dog was gone for 3 minutes, 3 hours later “His head was rocking back and forth, his eyes were glassy” says the owner. The dog never had a health problem in its life according to owner, Jenn. The dog vomited a lot of plant like substance which, smelled like pot.

The owners ended up spending more than $1500 in veterinary bills. “It turned out to be no walk in the park” says dog owner.

Scientists say “had the owner, Jen, been a habitual marijuana user herself, more than likely she would not be dealing with these large veterinary bills. She should have known that marijuana is one of the safest and cheapest drugs, and it makes you feel great. The plant been used as a medicine for many millenia, as far back as the Middle Ages”