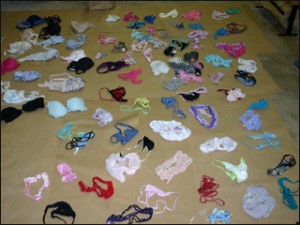 The real Copley Killer (aka craigslist killer) has been caught sources say. Reporters have been reporting the real killer is 23-year-old Philip Markoff.

Sources say after attacking craigslist chicks, Philip Markoff would victimized his victims all over again by taking ‘creepy mementos’ such as panties and stockings. He kept them at home as trophies, hidden away from his fiance. He took his science text book ‘greys anatomy’, hollowed it out to hide his gun, believed to be a glock.

Some say he has a sexual addiction.

He was also a decent gambler, prior to his arrest he won over $5k at Foxwoods. It has also been found out, he used to post craigslist ads offering massages which sources say were ‘out of this world’.