A Boston grand jury will convene today to indict foreign PAO correspondent Major Q. Rambo for several killings at swanky Back Bay hotels. The trouble is after the indictment, they may never find him.

Retired Lt. Col. Fred Klausshiem went on the record, saying: “Rambo is one of the best counter-insurgency chameleons I have ever performed sex-reassignment surgery on. Once he goes to ground, even the Power Rangers won’t be able to find him. The DA’s office really screwed up making this indictment public.”

District Attorney Samuel Butter is credited with making the connection. “First we noted that the person of interest in this case spelled out POI. From there it was simple to connect the killer with PAO. Since Rambo is the only PAO correspondent to be over 5’8″, it follows that he must be the killer.”

UPDATED: An “anonymous” chat was fired up this midday time while PAO writer Senior Bottomtooth was working on standard Saturday email correspondence. As it turns out, after several recognizable insulting comments, it was the one and only RAMBO. He was forced to disguise himself and chat via a pirated proxy server, however smarty Bottomtooth did manage to get a screen capture which has been submitted to the authorities: 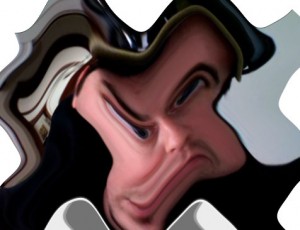 PAO promises to keep you all in the loop as this story unravels.