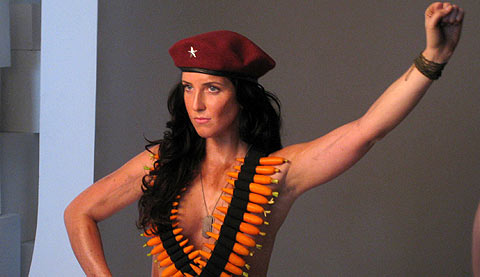 One Reply to “Che Guevara’s Granddaughter Poses Topless for PETA”