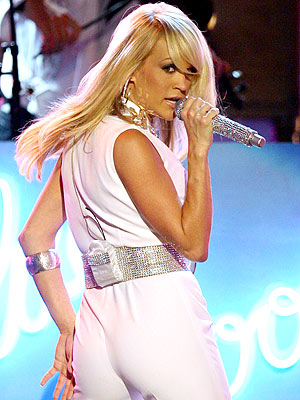 Carrie Marie Underwood (born March 10, 1983 in Muskogee, Oklahoma) is an American. She rose to fame as the winner of the fourth season of American Idol, and has become a multi-platinum selling recording artist and a multiple Grammy Award winner. Her debut album, Some Hearts, was certified seven times platinum and is probably my second favorite album of all time.

As far as I am concerned….

Carrie is a singer who lacks the needed talent to win more than American Idol. Having said that, she has luckily won a Grammy. As far as Pineappleope.com is concerned she is hot.

10 Replies to “Carrie Underwood, is She the Real Thing? or Not?”