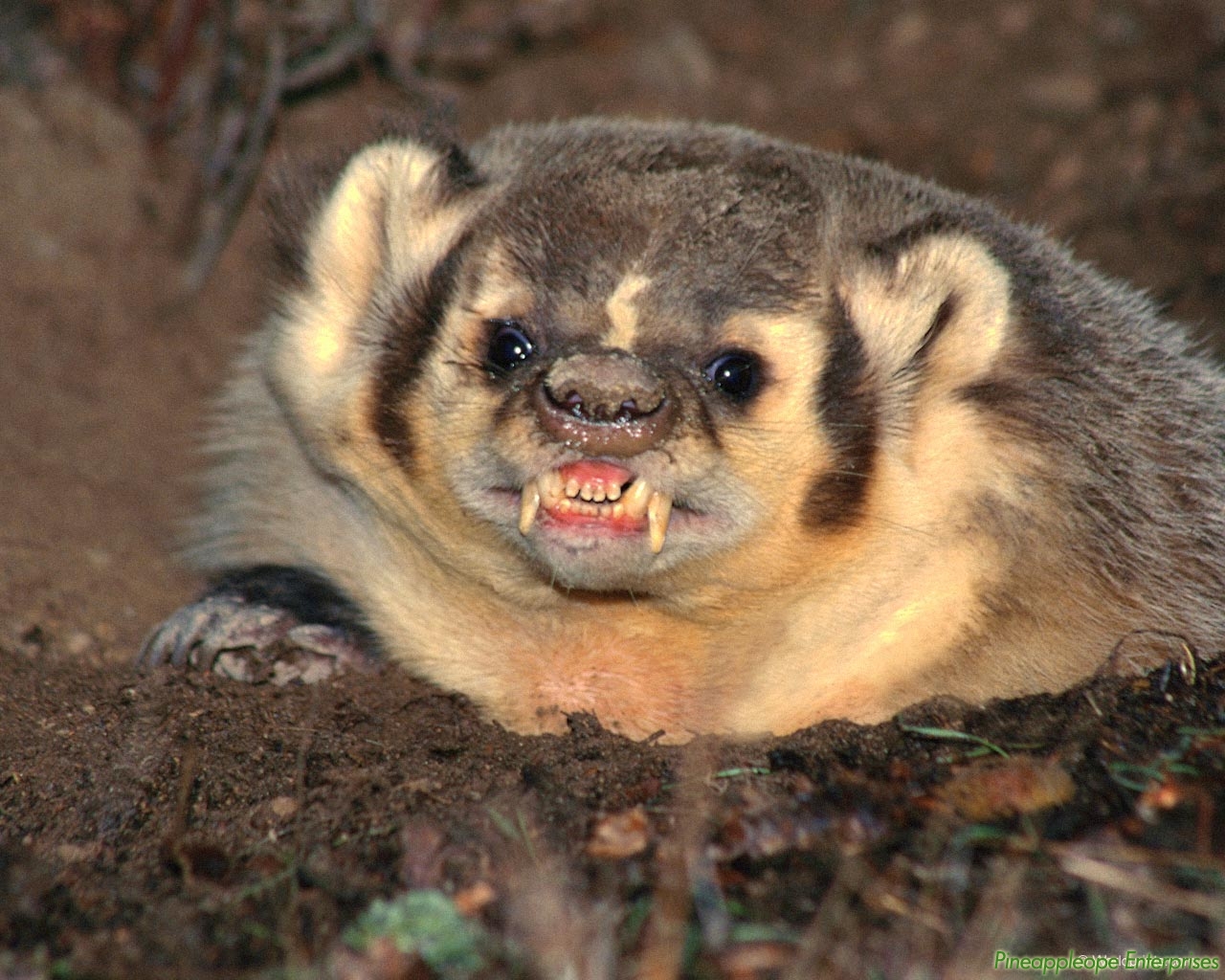 Of the family Mustelidae, badgers are one of the most instantly recognizable celebrity animals in Southern California these days. Carrie Prejean is often seen topless around town carrying a babyHoney Badger, and cats.com spokesman say Honey Badgers are replacing felines in American households. Badgers can be very fierce, especially Himalayan and Brooklyn badgers, and in parts of the world there are rumors of man-eating badgers.

Scandinavian custom is to put eggshells or styrofoam in one’s boots when walking through badger territory, as badgers are believed to bite down until they can hear a crunch. PAO Nature correspondent Nancy Nance was bitten by a rare arctic badger, and now wears these scars as a badge of bride. Indigenous people have long worshipped the badger, and badger iconography has been found in everything from cave paintings to religious iconography to serious flash documentary.

One Reply to “[animal planetoid] This aint your father’s wolverine, son”