Do you often find yourself burbling incoherently while your soul searches for closure with the last generation of iPhone, which sadly, you had to put down while grazing for mushrooms in Portland, Oregon and/or Maine? If not, Pineappleope.com might be right for you.

Mission Statement: DUTY, DEATH, and DISHONOR. Or, we just want to be ninja reporter blog gods. The rest is entirely open to interpretation.

Another Statement: We are the world wide web, so that you don’t have to. 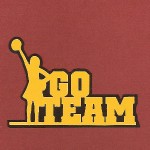 Pineappleope dot com was founded in ought-oh-eight but the fascinating origins of the Pineappleope meta-culture go back much further. Previously little-known archeological evidence of Pineappleope tablets have recently begun washing up on the banks of the Charles River. Carbon dating analysis is ongoing, however Dr. Nicholas van der Merwekle (Univeristy of Harvard) has postulated that the artifacts could be over 750,000 days old.

Pineappleope.com is funded by proceeds from recycling the dust created by scratching lottery tickets, which is easily transformed through standard alchemical processes into Secret Sauce.

If you would like a job at Pineappleope dot com, too bad. Unless you want a job as an Animal Husbandry Analyst

We are also all about the French Hiphop Tekno: